Málaga to compete with London and Paris

Málaga, dubbed the capital of the Costa del Sol, is now high up on the list of places in which to buy a home. It has become a major tourist destination in recent years thanks to its weather, museums, cultural offering and excellent communications.

“All this combined with the city’s atmosphere gives Málaga a competitive advantage compared to other European city destinations. When talking to investors, I’ve noted an increase in demand, with wealthy people now starting to compare Málaga with other cities such as Paris and London,” says Antonio Díaz, Director of Investor Relations at Quartiers.

With its coastal location and proximity to other attractive towns such as Marbella or Granada, it is consistently attracting large numbers of local and international buyers, including Scandinavians, Belgians, Germans and Spaniards, with the city centre and the area east of the centre seeing the highest demand. For instance, an Israeli group has acquired twelve buildings in recent months in the city centre, and a Swedish investor is launching a residential development project in the Limonar district in the east of the city. The number of houses being sold to foreigners is increasing in every quarter, as shown in the graph below.

Number of houses sold to foreigners in the province of Málaga

Málaga is also following in the footsteps of Marbella where attracting the rich is concerned. Málaga Airport has an area where you can park a private jet, while Puerto Banús in the Golden Mile of Marbella features a yacht berth.

The consultancy firm Wealth-X has surveyed some 211,000 investors with a net worth of more than $30 million. Fifteen percent invested in Spanish property, the majority in Marbella – second only to another Mediterranean haven for the super-rich, Saint-Tropez, and still ahead of Monte Carlo and Porto Cervo. The credit for the continuing rise in the global market for homes worth more than €1 million, a segment that is growing two percent a year faster than the property market as a whole, is mainly due to Russian and Asian investors. The prices of the homes sold in Málaga are now clearly surpassing the national average, with a gap of more than 50% – for the first time ever – in the last quarter of 2018. This confirms that Málaga is attracting the wealthy, as investors in houses in Málaga are increasingly paying a price that is above average within Spain, and Málaga is becoming a market of prime residential product.

Price difference per transaction between Málaga and the Spanish national average 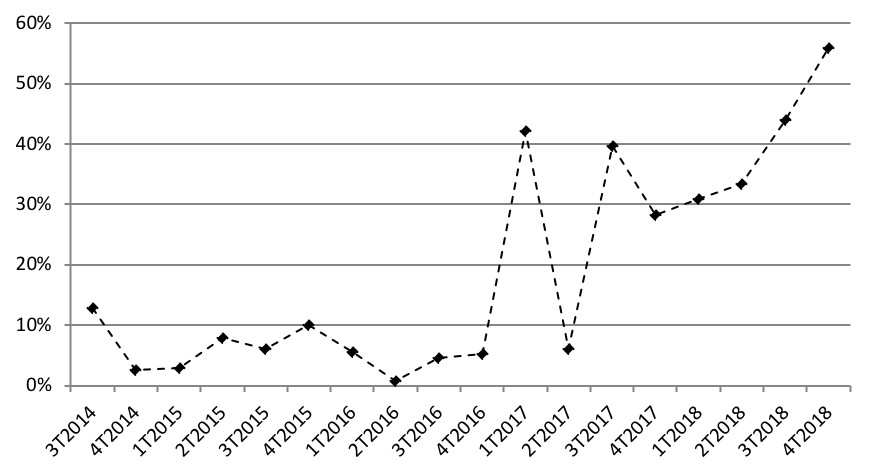 The profile of some of those purchasing homes in Málaga is thus rich people, and typical buyers could be described as couples aged over 55, Spanish or foreign, comfortably off, and looking for a top-floor apartment in the historic centre or La Malagueta district (eastern district) to use as a holiday home. The fact that Málaga has become fashionable as an urban tourist destination has a significant bearing on their decision. Málaga is now competing with major European cities such as Paris or London in the second homes market and is gaining ground in this attractive prime market niche.

“Málaga is within our reach in terms of our upcoming investments on the Costa del Sol. We have a great deal of faith in the region as a whole and in Málaga as a city, and are currently evaluating several projects in the area,” says Marcus Johansson Prakt, CEO of property developer Quartiers Properties.

Quartiers Properties is listed on Nasdaq First North in Stockholm under the ticker QUART and is the only property developer in Spain listed on any of the Scandinavian stock markets.

Quartiers secures financing for development of villa project in Nueva Andalucía Report from the Annual General Meeting of Quartiers Properties AB (publ), 29 May 2019

CEO presentation at Aktiedagen in Gothenburg (Only available in Swedish)